While clearing the last of my fathers’ papers recently I came across an email he wrote on 1 January 2000 which I thought I’d share.  Dad was a POW (in Selarang, Changi and Kranji) during the Japanese occupation of Indonesia, where he had grown up, and was conscripted into the Dutch army during the war.  At one stage in the camps he functioned as an orderly-come-nurse in the hospital.  This is more-or-less verbatim.  I have added comments in the brackets and some punctuation.

‘I am trying to remember what it was like in the Camps.  I don’t think it (New Year) was a big deal, perhaps an extra Dover (a rice ball mixed with a whiff of dried fish fried in oil).  But Xmas was an occasion to do something special.  I cooked a special meal for the Xmas 1942 and Xmas 1944.  I don’t remember what happened in 1943…perhaps that was the time that the poor guys that survived the (Burmese) railway trauma came back.  That was a business, everyone had Scabious.  As they arrived at the hospital we undressed them and plopped them in a warm bath.  After a good scrub we dried them and rubbed them…with a sulphur ointment, dressed them and sat them in bed with a cup of hot tea.  Of course some of them were too sick to get that treatment….some were so far gone with Berri Berri that they lasted only a few days.  The profile of diseases was first dysentery, weakened by that some were unfortunate to get malaria, and that was sometimes enough for the Berri Berri to take hold and the hope of survival diminished.  Anyway I cannot remember 1943 Xmas.

Also at that time we were moved out of what was called The Southern area, to make room for the Japanese airforce…We were made to clear a whole area of land occupied by bush, Coconut palms and Mangroves.  The growth centre of a coconut palm is very, very nice to eat and with my Indonesian country background I was into them straight away.  The English and Australians were soon aware of the nice taste, so after a while it was only the palm you helped to fell that you got a bit of.  …Well this field became an airstrip and is now part of Singapore airport.  (We were) moved to Changi jail.  There was not enough room there, huts were built to house the surplus and the hospital was moved to Kranji.  In Changi (there) was a hospital also and periodically patients that were chronically ill were moved to Kranji and the improved patients were returned to Changi….There were more camps.

For the 1942 ‘dinner’ it was still possible to get nice food.  The canteen sold spices and palm oil and one could also order meat.  I had a deal with the kitchen that…gave me fillet steak in exchange for the same weight of the meat…which was as tough as leather.  It did not make much difference to them because the camp’s meat ration was two carcasses and all they could do with that was cut it up in dice and make a stew with the vegetables.  This was still in the hospital in Tjimai, with a lot of ground around.  I was lucky enough to find two huge mushrooms.  So with all that we had fried eggs on our ration bread for breakfast and fillet steak with mushroom sauce for dinner.  You know these two occasions still give me a warm feeling because I could do nothing wrong.  There were about ten people in on it.

The 1944 ‘dinner’ was another matter.  I had rice, sweet potato, palm oil, blatchang, that smelly shrimp paste, and shallot tails.  These I managed to acquire from the waste tip of the Japanese kitchen.  They used a lot of shallot and cut the root part so generously that by carefully cutting off the root bits there was plenty of shallot left to fry with the fish paste in the oil…and when about right the vegetables went in.  We boiled the sweet potato we pinched from the garden and as a special we had a sweet;  one you would never in your life had tasted.  For breakfast the supply was two ladles of porridge made from boiled rice mixed with crushed corn and one level spoon of brown sugar.  I forget now, but I think that for a few days one spoon of sugar and one breakfast was saved, and two spoonfulls of sugar and two breakfasts were shared by three of us.  I really think now that we had saved sugar for longer.  On the day of the feast I asked the cook for some rice flour and I found some mint leaves.  I mixed the sugar, porridge, mint leaves crushed together, and thickened it with the flour mixed with rasped sweet potato…placed it in a baking dish and asked the cook to please bake it for us.  I forgot to tell you that for all this cooking I had an army steel helmet with a handle on it.  A staff sergeant of the Airforce made a menu all in French.  This is the memory that came back yesterday.  Again I wish you all a good, fortunate and happy new year.  It is a long hall to come.  Frank (‘Rusty’) Rups.’  24/9/1918 – 29/11/2008 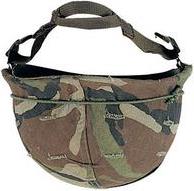 Frank’s story of liberation can be found at, Rusty Rup’s Liberation from Kranji and for a more detailed account of the more than three years of internment, Remembering Rusty’s time as WWII prisoner-of-war

This is a text widget. The Text Widget allows you to add text or HTML to your sidebar. You can use a text widget to display text, links, images, HTML, or a combination of these. Edit them in the Widget section of the Customizer.